BC Advocates Put Child Care on the Political Agenda 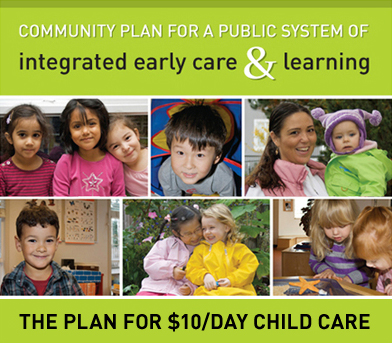 During the recent BC election, child care advocates and supporters of the $10/day Child Care Plan from every corner of the province put child care firmly on the political agenda.

The Plan, which describes a made-in-BC solution to the child care crisis, has received endorsements from a continually growing number of individuals, community organizations, school boards, municipalities, business and labour groups, representing over a million British Columbians. During the election, child care became a media focus, a public conversation and an election priority, with both major parties including child care in their platforms. Regardless of the election results, the momentum towards a provincial system of Early Care and Learning continues to build in BC.

For more information and to endorse the $10/Day Plan, click here.