The CCAAC has endorsed the www.UpForDebate.ca campaign – so can you! 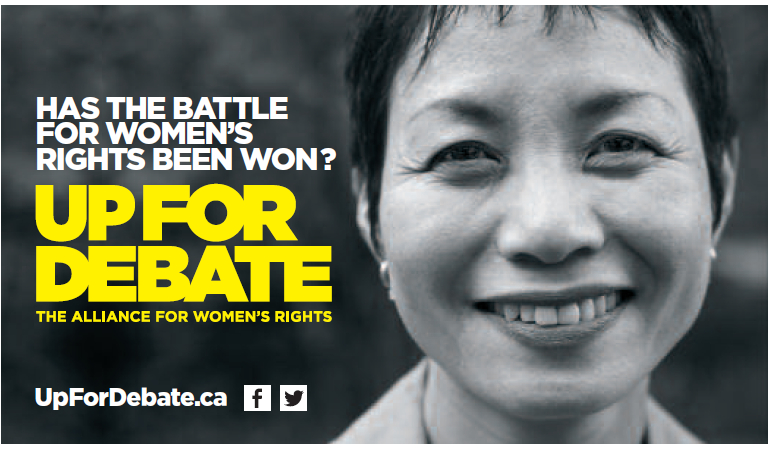 Up for Debate is a pan-Canadian conversation on gender justice and equality, and a call for all political parties to make meaningful commitments to change women’s lives for the better. We want all parties to:

This must start with a nationally broadcast leaders’ debate on issues identified by women. Over 30 years ago during the 1984 election, political party leaders John Turner, Brian Mulroney, and Ed Broadbent did just that.

Take action today –  join the millions of Canadians in supporting the call for a federal leaders’ debate on issues identified by women.