Hundreds march in event to support child care in Manitoba 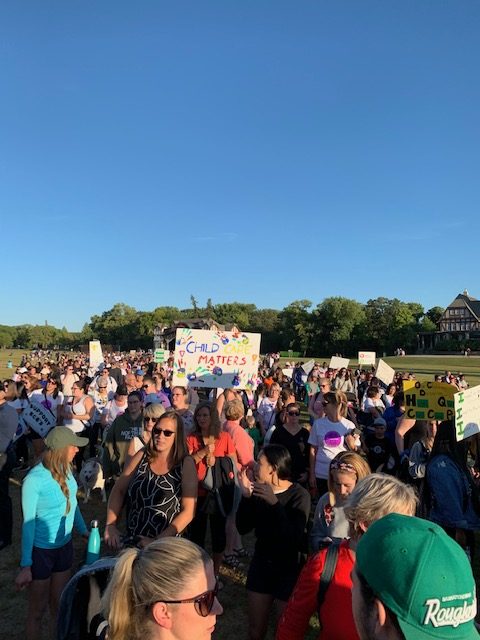 On August 20, hundreds of families and child care workers marched to raise awareness about the issues facing early learning and child care in the run-up to Manitoba’s provincial election. Organized by the Manitoba Child Care Association (MCCA), the event included stories from local families and child care workers as well as political party representatives, who spoke to their party’s platform on how they intend to support the sector. The event was followed by a 2.88km walk around Assiniboine Park.

Earlier this year, more than 26,000 Manitobans signed a general petition to urge the provincial government to increase the operating revenue for not-for-profit, licensed early learning and child care programs. The walk was to draw increased attention to those signatures, signified by the event hashtag #support26K. There are currently more than 16,000 children on waiting lists for a spot in a child care in Manitoba.

According CBC News, Executive Director of MCCA, Jodie Khel, cited the four key points they are looking for to be reflected in party platforms are affordability, accessibility, quality and workforce. Prior to the event, all four provincial political parties released a response concerning their platform on child care:

The date of the Manitoba general election is September 10, 2019.